PORSENNA o.p.s. was founded in 2004 as a non-profit company providing services and advice mainly to municipalities, regions, medium and small companies and individuals in the field of energy management with a focus on the implementation of energy savings and the use of renewable energy sources.

The main activities of the company are focused on:

PORSENNA o.p.s. is a member of APES – Association of Energy Service Providers and CPD – Passive House Center and has a certified designer of passive houses (according to PHPP methodology) and an energy auditor

The Association of Local Energy Managers (SEMMO) is an association of municipalities interested in the implementation of energy saving measures, the use of renewable resources, or related solutions in transport. The mission of SEMMO is to disseminate examples of good practices, to educate Czech cities and towns in the field of sustainable energy and transport, and to contribute to the efficient energy management of municipalities.

To fulfill its mission, SEMMO has set these goals to:

CITENERGO’s mission is to bring together local government, state administration representatives and other public, business and professional sectors in promoting transitional energy goals and building climate resilience of cities, aimed at improving the quality of life for citizens.

The interest association of towns and municipalities for sustainable energy efficiency (CITENERGO) was established in 2008 as a result of the initiative of the pan-European association Energy Cities, the Union of Slovak Cities, Energy Center Bratislava and other partners within the pan-European process BISE (Better Integration through Specific Exchanges for Sustainable Energy). The founding members included the cities of Košice, Nitra, Prešov, Kremnica, Vráble and Gelnica.

Since 2010 CITENERGO has been a member of the pan-European association Energy Cities. It is a major supporter and promoter of the Covenant of Mayors on climate and energy. It is the founder and coordinator of the activities of the National Platform of the Convention. 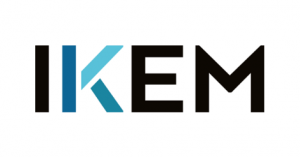 Institute for Climate Protection, Energy and Mobility (IKEM) is Germany’s leading climate policy institute and conduct research on key issues related to the transition towards renewable energy and mobility. IKEM analyses, evaluates and develops strategies to reduce greenhouse gas emissions. Its main focus is on the interactions between climate protection, law, economics and politics.

The institute has the status of an affiliated institute of the University of Greifswald and is recognized as a non-profit association. IKEM has been a non-governmental organization at the United Nations since 2017.

This project is part of the European Climate Initiative (EUKI). EUKI is a project financing instrument by the German Federal Ministry for the Environment, Nature Conservation and Nuclear Safety (BMU). The EUKI competition for project ideas is implemented by the Deutsche Gesellschaft für Internationale Zusammenarbeit (GIZ) GmbH. It is the overarching goal of the EUKI to foster climate cooperation within the European Union (EU) in order to mitigate greenhouse gas emissions.